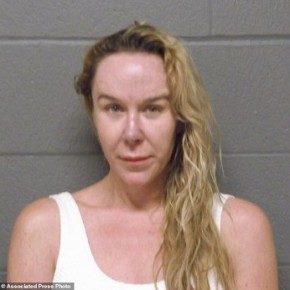 Alexandria Duval, age 37 and a former yoga studio owner, was arrested in Upstate NY for drunk driving.  Alexandria was infamously accused of killing her twin sister after an argument in Duval’s vehicle in Maui back in June.

Duval was arrested in Delaware County in the Village of Stamford when a police officer pulled her over for “almost striking a vehicle operated by a state police investigator”.  The police report stated that her blood alcohol content was 0.26, more than three times over the legal limit.  Duval was held on $5,000 cash bail following her arraignment.

The twins made front page news across the country when an argument between the sisters led to their vehicle plunging off a cliff and resulted in the death of Alexandria’s sister, Anastasia.  The sisters had a history of aggressive driving while arguing.  A judge ended up throwing out the 2nd degree murder charge due to lack of evidence.

Records show that Duval’s arrest wasn’t her first offense for drunk driving.  She was also arrested for a DUI incident back in 2014.  Alexandria is due in court in Stamford on August 23rd.