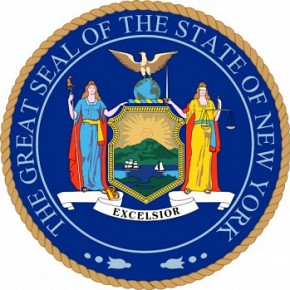 The top court in New York has ruled to uphold policies which allow New York to revoke the license of repeat drunk drivers permanently.

The New York State Court of Appeals voted 5-0 in favor of keeping the rules as-is.  The ruling will allow the NYS Department of Motor Vehicles to keep its policy in place of denying applications requesting to reinstate driving privileges for the worst offenders of the state’s drunk driving offenses.

The vote came after three residents of New York State with repeat drunk driving offenses sued the state with the argument that the policy was overreaching and was being applied improperly.

"We decline to disturb the (DMV) Commissioner's informed and reasonable determination, made pursuant to an express delegation of authority and falling well within DMV's unique area of expertise," Judge Michael Garcia state of the ruling.

In 2012 Governor Andrew Cuomo’s administration put tougher DMV regulations into place in an effort to crack down on DWI offenses.  The regulations require the DMV commissioner to reject any applications requesting a license be reinstated if the applicant has at a minimum of five alcohol or drug related driving convictions over their lifetime.  An application will also be denied if the applicant has had at least 3 convictions and one other serious driving offense in the past 25 years.

The regulations have been responsible for the denial of more than 13,600 applications since 2012 according to the governor’s office.

"This unanimous and unequivocal ruling affirms this policy, which will help us continue our work to protect New Yorkers and prevent avoidable tragedies once and for all," Cuomo stated in defense of the tougher regulations.