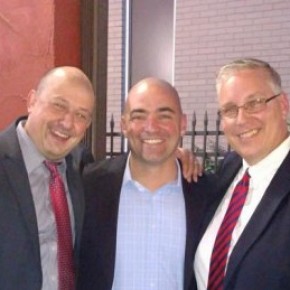 On September 30th, 2015 the team at Jackson Bergman held a benefit dinner for republican nominee for senate, Fred Akshar.  The benefit was held at Dillingers in downtown Binghamton and featured music by Brotherhood and great food catered by Zona’s.  Also featured was a #FreddieFever photo booth where guests had the opportunity to take fun photos with a mock goatee made famous in his opponents attack ads.