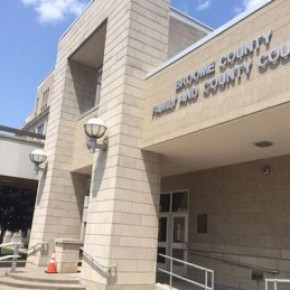 Today, in Broome County Court, Nathan Cross was found not guilty of the charge of Criminal Possession of Stolen Property in the Fifth Degree.  The indictment against Mr. Cross originally charged the felony count of Criminal Possession of Stolen Property in the Fourth Degree; the felony charge was reduced to a misdemeanor by the Honorable Joseph F. Cawley, Jr., based upon insufficient evidence presented to a Broome County Grand Jury.  It was alleged that Mr. Cross possessed stolen property that belonged to Troy Construction (a company in the State of Pennsylvania).  The jury (12 members) trial began on May 31, 2016, and concluded today.  The jury returned the “Not Guilty” verdict after deliberating less than an hour.